After diving into the three main processes of metal crafting in my previous post “Metal Crafting Guide For Dummies,” I found that lasers had grabbed my focus (pun intended) and wanted to dive deeper. I was, after all, not previously aware that lasers formed a new type of energy, and I wanted to understand more about the origins of laser cutting and how it has influenced our society.

Lasers were invented in 1960 by Theodore H. Maiman at Hughes Research Laboratories through optical amplification of light by radiation. Which helps to explain how the acronym Laser got its name “Light Amplification by Stimulated Emission of Radiation.” Five years later, the first production laser cutting machine was developed to drill holes in diamond dies.

Within the next few years, laser cutting began to be applied to more materials such as metal, textiles, wood, and glass. This cutting edge (another pun. I’m on a roll) technology became a part of pop culture with spy classic films such as Goldfinger the third installment in the James Bond series and has remained a part of pop culture with films like Star Wars and Austin Powers.

What do James Bond and Fashion Houses have in common? Lasers! Beyond its impact on film, laser cutting has made a huge influence in the fashion world. Laser cutting techniques have been applied to a variety of textiles, including wool, cotton, nylon, polyester, silk, leather, and more. Initially, laser cut clothing was as an exclusive design technique reserved for top fashion houses but has become commonplace and a trend that can be found across the fashion industry. 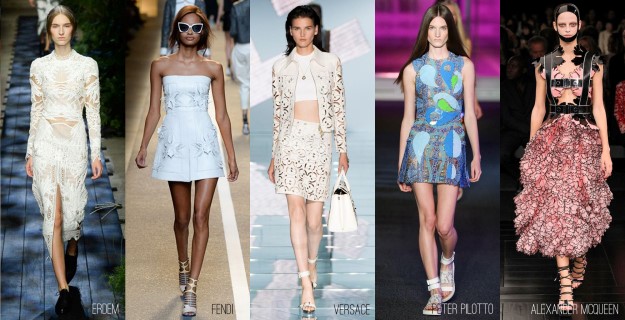 LASER CUTTING AT US METAL CRAFTERS:

Once I knew everything about lasers and pop culture, I wanted to see how they applied to US Metal Crafters. I discovered that we offer precision laser cutting services to customers across a spectrum of industries such as the furniture, energy, and general metal manufacturing industries creating custom fabricated components to meet their needs.

I learned that we are also ISO compliant (meaning we follow guidelines and standards established by the International Organization for Standardization) and that due to our advanced laser cutting system, we can have multiple configurations. I also discovered the importance of lead time to our customers and that our team of seasoned professionals can create parts of numerous geometries with typical lead times of just 2 to 4 weeks.

Excitingly, we have also just purchased a Mazak Optiplex Champion 3015 Fiber laser which will allow for faster operations speeds meaning parts will get to you faster! Watch the video below to see it in action.

Comment with your favorite movie or show that features lasers below. Mine has to be Toy Story “To infinity…and beyond!”